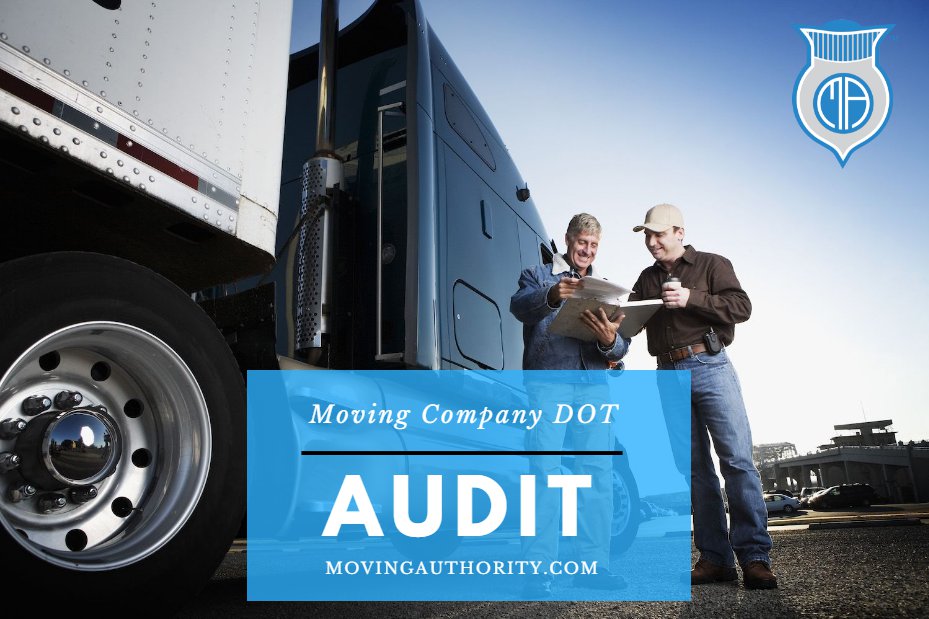 1. The USDOT Loves to Surprise You (Not in the Fun Way)

When entering the moving industry, many movers do not know that the USDOT carries out regular audits on moving companies across the United States. These audits are done by the USDOT to check if moving companies are in compliance with the current laws and regulations in regards to transportation of goods. Below are some frequently asked questions regarding moving company audits by the USDOT.

2. Which Companies Are Eligible to be Audited By the USDOT?

3. When Are Companies Audited by the USDOT?

Companies may be selected at any time to be audited by the USDOT. The USDOT will notify you if you are selected to be audited. You are usually given a month or a few weeks in advance to get ready and prepare for an audit.

4. What Happens If I Do Not Pass the USDOT Safety Audit?

If you do not pass the audit, the USDOT gives you some time to take corrective action in order to meet the requirements of the regulations and laws. The time given to you may either be 45 days or 60 days depending on the type of business you are running. For more information, please visit the FMCSA website. If you fail to take corrective action, you may face fines or even have your business closed down for good.

5. What Does the USDOT Check For in a USDOT Safety Audit for Moving Companies?

If you have a moving company and you are selected for a safety audit, it is important to have four things under your belt.

If you would like more information regarding what you need before a DOT audit, the video below is a great resource that goes over the same information listed above.

5. What Your Moving Company Needs Before A USDOT Audit

Prices For Moving And Storage

Hiring Movers Or Doing It Myself

Filing A Claim With A Moving Company

The word cargo is in reference to particular goods that are generally used for commercial gain. Cargo transportation is generally meant to mean by ship, boat, or plane. However, the term now applies to all types of freight, now including goods carried by train, van, or truck. This term is now used in the case of goods in the cold-chain, as perishable inventory is always cargo in transport towards its final home.&nbsp;Even when it is held in climate-controlled facilities, it is important to remember perishable goods or inventory have a short life.

The year of 1977 marked the release of the infamous Smokey and the Bandit. It went on to be the third highest grossing film that year, following tough competitors like Star Wars and Close Encounters of the Third Kind. Burt Reynolds plays the protagonist, or "The Bandit", who escorts "The Snowman" in order to deliver bootleg beer. Reynolds once stated he envisioned trucking as a "hedonistic joyride entirely devoid from economic reality" &nbsp; Another action film in 1977 also focused on truck drivers, as was the trend it seems. Breaker! Breaker! starring infamous Chuck Norris also focused on truck drivers. They were also displaying movie posters with the catch phrase "... he's got a CB radio and a hundred friends who just might get mad!"