SHOULD I HIRE A MOVING COMPANY OR ATTEMPT A DIY MOVE?

Hire A Moving Company or Try to DIY?

1. Weigh the Pros vs the Cons

This is a common question for all people who wish to relocate. Like most questions, the answer varies depending on how much time, money, size of move, and number of items you are moving. If you are only moving a short distance, it may be smarter to just rent a truck and do it yourself, with the help of some friends. The cost of renting a truck will also vary depending on the distance you wish to move. Every truck renal company has different rates, but you should expect to pay anywhere from $40-$400, depending on various factors. When renting the truck, make sure you know how many cubic feet your items will occupy. When renting a truck:

2. Check Out Moving Companies and Get Some Estimates

Once these questions have been answered, its time to begin looking into moving companies. Many companies will want to do an estimate before they give you a price. You may or may not want to do this. You can also look for quotes using online generators, but these may not always be accurate. This is a time to compare costs of hiring a moving company versus doing everything yourself. You can also combine these two options. You may be interested in hiring a company to pack your items, but transport them yourself, or pack your items yourself and have a company transport them. Or, you can just do both of these things yourself. Some things to consider: 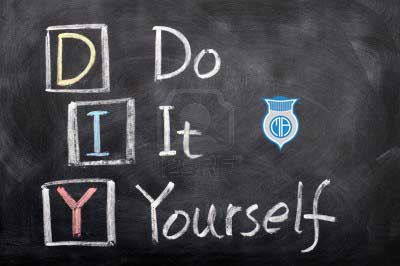 3. DIY Can Save Money but It Doesn't Hurt to Compare Prices to Pro's

Furthermore, are you really up for the additional time and effort involved in moving yourself? If not, the you may want to hire a company. Moving long distance definitely calls for a professional company, as every mile you move yourself hikes then overall price of relocation to to the point where it may be more efficient to just hire movers. It is better to consider these things far in advance so you can make arrangements as easily as possible, and have extra time if anything should go amiss.

Hiring a moving and storage company will usually land you with a month of storage for free, which could be helpful in the event that you can’t fit everything into your new location, or just want to move things in at a slower rate. If you are moving yourself, you should consider the cost of food, motels, and gas for long distance moves.