HOW TO MOVE A GUN SAFE

If you own a variety of firearms, no doubt you own a gun safe for them. If you’re dissatisfied with the location of the gun safe, take caution before moving it, because you’re aware that a gun safe is a heavy, bulky item. A safe moving dolly is necessary before you attempt to move the safe. Safe moving dollies are specially made in order to transport the heavy equipment. Here are some tips on how to move a gun safe. 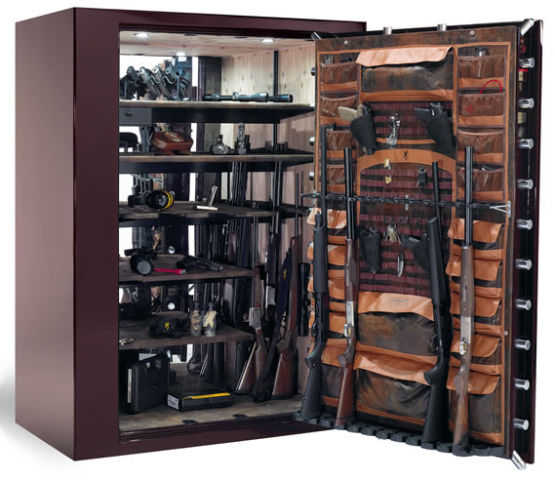 Make sure the area that the gun safe dolly will be moved to is clean and secure.

If the gun safe is light enough and it’s being moved across the same floor, you may consider using heavy duty furniture gliders. These work the best on tile and hardwood, but it is possible to put down plywood over your carpeting and still use the furniture gliders. Be careful when installing the furniture gliders—do not do this by yourself! Make sure you have a few other people helping you to install them.

Some gun safes have removable doors that lift up off their hinge pins.

4. During (Safety Warning: DO NOT DIY)

Make sure to also use proper lifting techniques. Never, ever use your back to push or strain. Bend your knees and use the strength in your knees for lifting or pushing.

**It is highly recommended you consult with your doctor if you’re unsure whether or not your body can handle the strain.**

5. After: Organize, Clean, and Relax

Once the gun safe is cozy in its new home, make sure the guns find their way back to the gun safe as quickly as possible. Be sure to also clean up the equipment and put it back where it belongs. Now, take a breather and congratulate yourself—you moved a gun safe and you can call your self-safe movers!

Compliance, Safety, and Accountability (CSA) are fundamental to the FMCSA's compliance program. The purpose of the CSA program is to oversee and focus on motor carriers' safety performance. To enforce such safety regulations, the CSA conducts roadside inspections and crash investigations. The program issues violations when instances of noncompliance with CSA safety regulations are exposed. &nbsp; Unfortunately, the CSA's number of safety investigation teams and state law enforcement partners are rather small in comparison to the millions of CMV companies and commercial driver license (CDL) holders. A key factor in the CSA program is known as the Safety Measurement System (SMS). This system relies on data analysis to identify unsafe companies to arrange them for safety interventions. SMS is incredibly helpful to CSA in finding and holding companies accountable for safety performance. &nbsp;

The word cargo is in reference to particular goods that are generally used for commercial gain. Cargo transportation is generally meant to mean by ship, boat, or plane. However, the term now applies to all types of freight, now including goods carried by train, van, or truck. This term is now used in the case of goods in the cold-chain, as perishable inventory is always cargo in transport towards its final home.&nbsp;Even when it is held in climate-controlled facilities, it is important to remember perishable goods or inventory have a short life.