Be Prepared When Freight Shipping

1. When Freight Shipping, Be Informed

Choosing the right moving company for this type of move may make or break the budget for your move. Persons interested in shipping their freight must find a company that is capable of doing such a long move, while still keeping a reasonable price range. Carriers may offer discounts to companies or businesses that already have their items on pallets are ready for transport.

While price is the main factor in deciding this type of move, you may also want to consider things such as if the carrier will agree to do partial truck loads, if the carrier's facility suitable to accommodate your goods, and if the carrier is an independent company or an operative of a larger corporation.

Before you even initiate the booking process, you should find out if the carrier is fit to do their job. It may be smart to check reviews of the company before you choose to move with them, to see the result of other customers’ moves, which will usually reflect the performance abilities of the company. This company should know the best techniques for transporting different types of items. The carrier should also be properly equipped to efficiently move large items and shipments. 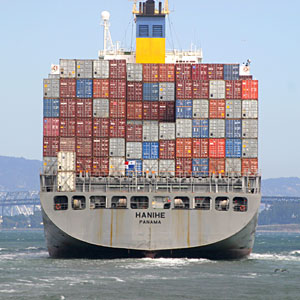 Employee training and experience is also something that will greatly affect the outcome of our move. You may want to consider moving with a more notable moving company, to ensure that this quality of service is present in their work. Some companies would rather transport loose freight, while others find it easier to have the merchandise preloaded onto pallets before transport.

The price of shipping freight varies depending on the desired destination of the items, as well as the path the items must take to get to that destination.

To avoid additional costs, you should consider pre-planning the route, destination, as well as any issues that may arise before, during, or after the transport.

You should consider investing in liability insurance, which will protect your goods in the event that something should go wrong. For more information on protecting your goods, see our Help Center. If you want to save even more money, ask your carrier if they have an option of pickup from their terminal. This will binate the cost of residential delivery, as well as unloading costs. any unforeseen circumstances that arise during the move will end up costing you extra money, so always plan ahead.

The year of 1977 marked the release of the infamous Smokey and the Bandit. It went on to be the third highest grossing film that year, following tough competitors like Star Wars and Close Encounters of the Third Kind. Burt Reynolds plays the protagonist, or "The Bandit", who escorts "The Snowman" in order to deliver bootleg beer. Reynolds once stated he envisioned trucking as a "hedonistic joyride entirely devoid from economic reality"
Another action film in 1977 also focused on truck drivers, as was the trend it seems. Breaker! Breaker! starring infamous Chuck Norris also focused on truck drivers. They were also displaying movie posters with the catch phrase "... he's got a CB radio and a hundred friends who just might get mad!"