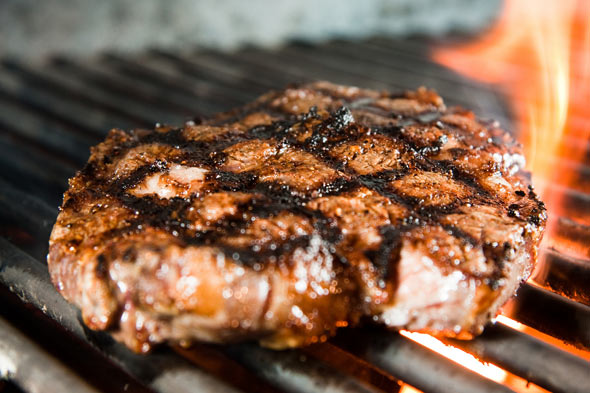 
1. Amarillo is Famous for its Food and Culture

Amarillo is a beautiful city that features a good mix of lifestyle options, for children and adults a like. There’s plenty of tourist attractions, including museums and a rich Route 66 history. There’s a remarkable zoo, an opera house, and plenty to do if you are interested in arts and crafts too.

Barbecue isn’t the only type of food with area specific characteristics. Beef, in general, can take on characteristics of specific states. In Texas, beef, and steak, in particular, is one of the top food categories. Why can’t steak lovers resist moving to Amarillo? Because Amarillo is in Texas and steak there is the center attraction.

2. Do People Relocate Due to Food?

Let’s talk about food and its importance as it pertains to moving to another state. Why would anyone take food into account when making a decision about where to pack up and move to? The answer is really quite simple. Regionally some foods are better and more readily available in some areas. Some areas of the country are known for cooking methods that make a particular food in that area some of the best there is. Barbecue, for instance, tastes vastly different depending upon the state you live in. In fact, barbecue is also named for the special preparation and cooking methods used in specific areas of the country. There’s Carolina barbecue, Kansas City barbecue, and there’s Texas barbecue.

Why can’t steak lovers resist moving to Amarillo? Because Amarillo is home to so many wonderful restaurants serving up some of the juiciest steaks anywhere in the country. Texas is known for is beef—black cooked up mid-rare and ready to eat. Fresh, local ingredients seared to perfection, served with a side of thick cut fries. That’s why steak lovers are moving to Amarillo.

The restaurants themselves have the big personalities you would expect from a Texas establishment. Places like the Big Texan Steak Ranch, Coyote Bluff Café, Green Chili Willie’s Grill, and the Texas Roadhouse are serving up some of the most mouth-watering cuts of meat you can find anywhere in the country. Just about every restaurant in the city of Amarillo or surrounding areas has the word steak in its name because steak is the center attraction in Amarillo.

4. Love Steak? Amarillo Is For You

Yes, you can find steaks in other parts of the country. You can even get a great steak in other parts of the country. Still, if you are a steak lover, there’s really no better state to indulge that love like the big state of Texas, and no better city to indulge that love than in Amarillo, Texas, where restaurant owners are serving up steak in just about every form you can imagine, from Texas roadhouse barbecue style to seared on the grill and served up juicy and hot. Amarillo is serving up the steak, which is why steak lovers will want to call Amarillo home.

Not all of these are neccisarily available in Amarillo Texas, however any steak lover would appreciate this information.

T Bone - This one is not hard to find as it is shaped like the letter T.

Porterhouse - Largly considered the big bad king of steaks because it is a combination of two different types of other steaks.

Santa Maria / Tri-Tip Steak - Not too much fat and as long as you don't overcook you should get a tender piece of meat.

Flank - this is widely considered one of the most popular pieces of steak, these are thin slices and are commonly sold in diners as a breakfast steak.

Filet Mignon - The most tender piece of meat in existence, that is why it is so expensive in restaurants, because babies can even eat it, and do.

Rib-Eye - The Eye of the Rib they call it in the northern part of Texas, this piece of meat is supposed to be boneless, but is commonly sold with a bone and so is actually a different thing but most people do not recognize the difference.

Hangar Steak - You have to marinate this steak a lot, which a lot of steak lovers love it for, that it's juices work with marinade very well. However it is probably the least tender piece of steak.

Flat Iron - Considered the finest piece of steak by many, it is considered to be from the ideal par the cow.

What About Moving To Dallas?

Whether you’ve got a job working for American Airlines, Bank of America, or AT&T, Dallas is the destination for tens of thousands of workers and families every year. The Metroplex, as it’s called, spans dozens of cities and two major airports, and is home to some of the country’s biggest corporations and companies. From manufacturing to banks, the Dallas/Fort Worth area is a booming part of the country, and moving there can be intimidating for people and families coming from lower-population areas. Since Dallas is so large, with so many options, when it comes to housing, it is more cost-effective start out renting before buying. With an extremely affordable market, many people want to jump at the opportunity to purchase a house. However, with options from single-family homes to downtown lofts, it may be wise to rent for a few months and discover what kind of home is best for you, as well as truly understand the market. If you are coming from a small town, don’t buy a home until you’ve seen the area. Dallas, like most of Texas, is extremely spread out, so it’s good to keep in mind where you work and what schools you wish to be near. And with an abundance of suburbs, the term “Dallas” can refer to places fifty miles apart. Don’t make the mistake of purchasing a home in an adjacent suburb that puts you an hour from work. It is often a good idea to make a trip to Dallas before the big move, to check out the urban epicenter and compare it to the personalities of differing suburbs. Before moving, make sure you budget for gas. Though it’s much cheaper in Texas than many places in the country, Dallas requires a lot of driving, and, despite the cowboy stereotype, it may be more affordable to purchase a fuel efficient vehicle than drive a large truck. The beauty of Dallas is that is has everything to offer. Connected by vast and well-maintained freeways, Dallas boasts an extreme diversity of cultures, especially when it comes to food. With some of the best restaurants in the country, it’s possible to eat gourmet and eat affordably. Dallas also has a world-class opera house, where some of America’s most talented vocalists come to perform every year. But keep in mind that Dallas, as with any large city, offers experiences and wares that can be extremely expensive, as well as extremely affordable. Dallas has been called the birthplace of the mall, and boasts the largest shopping mall in America. Because of the population and size, be sure to research before purchasing. The budget furniture store might not be the only place to buy a couch, especially since there are an abundance of outlet stores. All in all, Dallas is a booming metropolitan area, and is centrally located in the U.S., which means moving there won’t cost as much as moving across the country. It is an extreme change from a small town, and will require lots of driving and discernment of options. Keep in mind, the first thing you run into, from moving companies to housing options, isn’t necessarily going to be the best, so shop around!

Moving Authority on The Web