Moving from Seattle to Los Angeles

Moving to Los Angeles from Seattle

There are a lot of people who say that they would never move from the west coast of the United States. It is easy to see why they feel that way. The west coast is a place unlike any other. The cities of the west coast have characteristics that make them more than desirable for cross country movers from all over the US. Many people find themselves moving between two of America's most well-known cities. Seattle and Los Angeles are two of the most popular cities in the western United States. Seattle is cloudy and cold, while Los Angeles is sunny and warm. LA is also in close proximity to Hollywood, which is a point of interest for anyone visiting California. People who already reside in the area also frequent the city a lot. Los Angeles offers a superior quality of living to Seattle, for many reasons. While both cities have their strong and weak points, it is easy to see why the population of LA far surpasses that of Seattle.

2. The Weather is Incredibly Different In Los Angeles

Moving long distance from Seattle to Los Angeles will put you in the middle of some of the nicest weather in the world. California, and more specifically Los Angeles, is famous for always being warm and sunny. Seattle, on the other hand, is always cold and rainy. While this may appeal to some people, others would prefer to step outside once in a while. It doesn't rain much in Los Angeles. Even though this is the case, the low-water plants in the Los Angeles area are beautiful, lush, and contribute to the natural wonder of the area. Even though LA is very warm during the middle of the year, the city rarely rises to triple digit temperatures. Instead, it is justconsistently warm all the time. Many houses seldom use air conditioning. A lot of residents just visit the beach when they need to cool off, which is where the LA beach boy stereotype comes from. For once, you should believe what you see on TV. Los Angeles is exactly like it appears on the big (or small) screen.

A major difference between Seattle and Los Angeles is that LA has a very diverse population. Much like San Francisco and New York city, LA welcomes and celebrates difference. The culture of the city has been formed by its cultural heritage and its present-day richness. Many people from other parts of the world are drawn to the city because of its strong world economy. While there are a lot of people in the city, it does not feel very congested in the suburban areas. Many people who live in Los Angeles are actually not from there. Instead, they moved long distance from other parts of the country or even other parts of the world.

There are a number of higher education institutions in the city of Los Angeles. There are much more when compared to Seattle. People relocating to Los Angeles often do so in pursuit of a better education. Two of the most popular colleges in the city are UCLA and USC. These schools are highly selective but offer amazing education programs for both graduates and undergraduates alike. There are also a lot of schools that focus on the arts. These institutions are what give Los Angeles its unique character of being a very celebrity-packed city. Many people moved here to make it in the big time, and they did. For people who would like to place their children into schools that help them develop a certain skill, there are Magnet schools. These schools are specific to the Los Angeles Unified School District and are highly successful in educating the young masses. With over 800,000 youth in the district, there are a lot of schools to serve the area children. 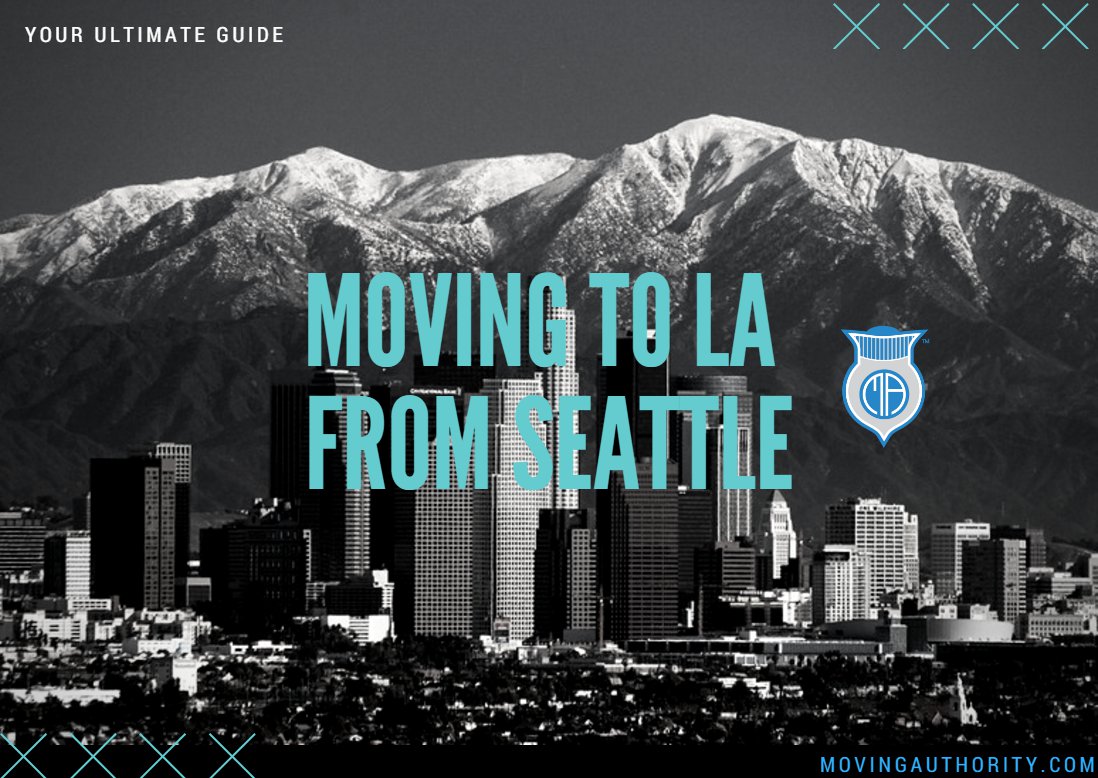 The movie industry has been an identifying feature of Los Angeles for many years. This is actually due to some crazy history. In the 19th century, many people moved to Los Angeles to begin a film career because of restrictions to east coast development. People who wanted to make a film had to first shell out a lot of cash to Thomas Edison. This monopoly over filmmaking created the early moving history!

The city has a lot of different regions close by. In LA county alone, there are mountain, desert, beach, and Valley communities. Each of these regions has a different vibe about it. Many people move from Seattle to Los Angeles because of this unique taste of culture.
If you need help with your move from Seattle, WA to Los Angeles, CA, then visit Moving Authority. Our website is designed to not only make the moving process much faster and easier, but it also makes it safer.

Moving long distance to Los Angeles can be done by estimating your move with our free moving cost calculator.