Why Should I Consider Moving to Houston Texas?

1. Houston Has Become So Diverse It's On Our List Of Best Cities

The area Houston, Texas has grown rapidly in recent years. Houston has become a global city particularly in business, international trade, entertainment, culture, media, fashion, science, sports, technology, education, medicine, and research. Houston has become a city with various demographics. In fact, Houston is considered the most diverse city in Texas and has been noted as being the most racially and ethnically diverse major metropolis in the U.S.  There are over six million people, most of which have moved to the area for career purposes. Houston has even been featured on Moving Authority's list of Best Cities to Live in the United States.

People moving to Houston have shared that the climate is something that may take some getting used to, at least for new residents. It is very humid and warm. The good thing is, there is little chance of flooding because there is rarely any rainfall. This can be a bad thing and a good thing, because it means that there is a greater possibility for outdoor events, such as the Lights in the Heights event. There are a few weeks of mild weather, usually in the later seasons of the year.

Since Houston is growing so quickly, the GDP is also on the rise. It has grown over 30% in recent years. There are always jobs to be had, meaning that property values will always be healthy. The prosperity in Houston allows for the economy to remain stable, so home prices are not too likely to skyrocket out of nowhere. The most popular Houston jobs are in the medical industry and the computer programming profession. Any new residents should not have too much trouble finding a job. Exxon, one of the most prosperous companies in the world, has opened a new office in Houston, with over 26,000 employee positions. Many of the neighborhoods in Houston have enjoyed great prosperity in recent years, thanks to the booming economy of the area.

The public transportation is on a steady increase. However, there are still improvements to be made. The light-rail line is very limited in Houston, so you should plan your route and schedule ahead of time. The freeway system is a more widely selected way of getting around, which means traffic can be tricky at any given time. It may be better to just invest in a car, however. The public transport that is available takes residents to some cool areas, however. Light rail system developments are still in the works, however. There is also always the option of walking. 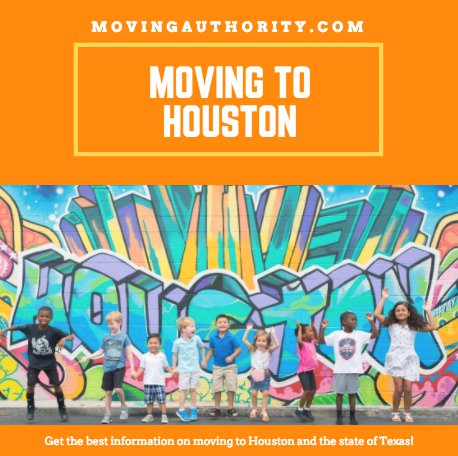 Houston is not big on zoning, which means that residential buildings are sandwiched between office buildings. It takes some getting used to for new residents. The lack of zoning makes neighborhoods pretty cool. If you are a business owner, you can open up a business in an area where it may be very successful, thanks to no zoning.

There is also no income tax in Houston. The metropolitan city of Houston makes your dollar worth a lot already, and it just increases because of the lack of income tax. Interestingly, Texas is 1 of 7 states that residents do not need to pay state income tax. Low taxes is clearly beneficial to the residents of Houston. If you combine this factor with the massive booming in jobs, people are finding that they can live outside their typical budget. You could get a small tax break if you donate old furniture before your move.

The steady housing market, as well as the functionality of living in a metro area, makes Houston a great place to move.