The Movers Didn't Show Up


2. Stay Calm & Try to Communicate With Them

Sometimes the moving company may be moving late due to bad traffic, mechanical problems, and employees being late, previous moves taking longer than expected. If any of these are the case, get in contact with the moving company to find out when the anticipated date and time they will arrive. Hopefully, you have verified your moving company through Moving Authority and are dealing with a professional company. This doesn’t mean that things cannot happen before or during the move, so our advice is to take a deep breath and rationally solve the situation. 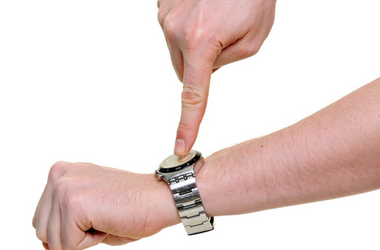 Normally a professional moving company will request that a deposit payment is made.

This typically means that they have a schedule that they are going to follow and the deposit means that you will be on their board.

Professional movers want organized and smart individuals which are why they request a deposit.

3. Considerations Before Putting Down a Deposit

If you are going to pay a deposit, you must make sure that the company that you are about to move with has the proper licensing to perform the moving service that suits your needs, especially if you are going over state lines. If you choose to move with a company that does not hold the proper license, you are gambling with your finances, with your household goods and the correct insurance coverage to protect you and your rights.

If you reach a point where you feel that the movers aren’t going to show up, don’t care about your shipment or don’t want your business, you will have a little more work to do but you must fill out a complete quote - meaning that you fill out your total inventory accurately and completely. If you choose not to follow through with this advice, you will have an open contract meaning that there will be no agreed upon space or weight with the carrier. Our moving tool calculator allows you to input your items and gives you a weight and space estimate needed for the transport of your household goods. Do not rush this procedure and try to be as thorough and informative as possible by filling out the information requested. If you leave items out and add them at the pickup location, the movers will charge you extra for the added space or weight.

5. Reputable and Trustworthy Moving Companies Are Out There

If you are a professional and you need your shipment to be sent quickly, you will need to upgrade the delivery time options to be the first class or business class. This will cost more but it will ensure that the movers will be able to meet your requested delivery time frame. You may have been jaded by a previous company that you have done business with but there are good movers out there right now waiting for your shipment and they want to move you! It is a win – win situation.

Without strong land use controls, buildings are too often built in town right along a bypass. This results with the conversion of it into an ordinary town road, resulting in the bypass becoming as congested as the local streets. On the contrary, a bypass is intended to avoid such local street congestion. Gas stations, shopping centers, along with various other businesses are often built alongside them. They are built in hopes of easing accessibility, while home are ideally avoided for noise reasons.

DOT officers of each state are generally in charge of the enforcement of the Hours of Service (HOS). These are sometimes checked when CMVs pass through weigh stations. Drivers found to be in violation of the HOS can be forced to stop driving for a certain period of time. This, in turn, may negatively affect the motor carrier's safety rating. Requests to change the HOS are a source of debate. Unfortunately, many surveys indicate&nbsp;drivers routinely get away with violating the HOS. Such facts have started yet another debate on whether motor carriers should be required to us EOBRs in their vehicles. Relying on paper-based log books does not always seem to enforce the HOS law put in place for the safety of everyone.