1. Requirements a Moving Company Needs for an Insurance Quote

If you are a licensed moving company and you want an insurance quote you need to make sure to meet the legal requirements for insurance. This includes:

2. Public Liability Insurance: What Is It & What Does It Cover? 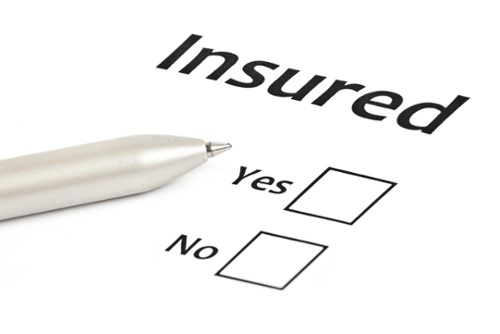 A process agent is a representative that has the authority to receive any court papers on behalf of the company for any court proceedings that may be brought against the company.

All motor carriers, regardless of the types of transportation they are providing, are required to file a BOC-3.

While the Department of Transportation does not hold any worker's compensation amount requirements, it is required to be held by each state and the DOT will request proof that you are in compliant with your state’s worker’s compensation regulations if they conduct an inspection.

Full truckload carriers normally deliver a semi-trailer to a shipper who will fill the trailer with freight for one destination. Once the trailer is filled, the driver returns to the shipper to collect the required paperwork. Upon receiving the paperwork the driver will then leave with the trailer containing freight. Next, the driver will proceed to the consignee and deliver the freight him or herself. At times, a driver will transfer the trailer to another driver who will drive the freight the rest of the way.&nbsp;Full Truckload service (FTL) transit times are generally restricted by the driver's availability. This is according to Hours of Service regulations and distance. It is typically accepted that Full Truckload carriers will transport freight at an average rate of 47 miles per hour. This includes traffic jams, queues at intersections, other factors that influence transit time. &nbsp;

The concept of a bypass is a simple one. It is a road or highway that purposely avoids or "bypasses" a built-up area, town, or village. Bypasses were created with the intent to let through traffic flow without having to get stuck in local traffic. In general they are supposed to reduce congestion in a built-up area. By doing so, road safety will greatly improve. &nbsp; A bypass designated for trucks traveling a long distance, either commercial or otherwise, is called a truck route.

With the ending of World War I, several developments were made to enhance trucks. Such an example would be by putting pneumatic tires replaced the previously common full rubber versions. These advancements continued, including electric starters, power brakes, 4, 6, and 8 cylinder engines. Closed cabs and electric lighting followed. The modern semi-trailer truck also debuted. Additionally, touring car builders such as Ford and Renault entered the heavy truck market.