Seven Things To Know Before Moving To Los Angeles 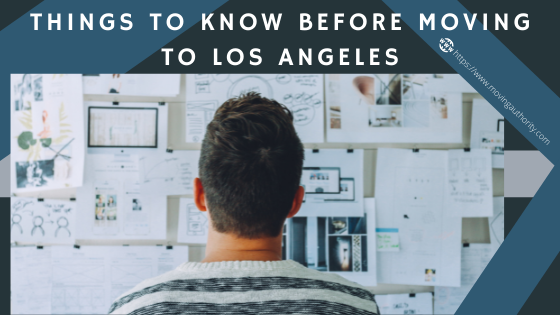 The City of Angels, good old Los Angeles, California. Be warned, a city built around show biz knows the ins and outs of deception. Portrayed to be much more glamorous than it actually is, Los Angeles might prove to be quite the shocker upon arrival if you’ve never actually been. For some, the shock comes with a suitcase and freshly signed lease in hand. Do yourself a favor, give L.A. the reality check it needs and know your facts before settling down in the entertainment capital of the world.

1.)  Los Angeles does not always look nor smell glamorous. If you’re looking for all palm trees and blue skies, head to the Hills for a nicer zip code and a bigger blow to your wallet. Southern California has one of the highest Homeless populations in the entire world, a responsibility that does not come lightly. Unfortunately, places like Skid Row exist, litter is quite an issue, nature is about as scarce as DoDo’s, and the color brown makes an appearance around every corner. Make the most of it and do your best to get out to Runyon Canyon as much as possible.

2.)  Los Angeles is the city of impossible transportation. Whether you’re driving, taking a bus, or hopping a train, it won’t work and you’ll regret it. Traffic is a pain. The subway system can be unreliable and dirty. Luckily, apps like Lyft and Uber exist to help, and adapting to L.A. lifestyle means compensating for traffic.

3.)  Los Angeles is one of the most spread out cities you will come across. Miles stretch in between Culver City, Beverly Hills, North Hollywood, Downtown L.A., and South Central, and it could take you hours, with no cause from traffic, to reach your destination.

4.)  It’s a diverse city. From Chinatown to Little Armenia, there isn’t an ethnicity that can’t be found, or isn’t celebrated for that matter. Los Angels holds public events regularly to celebrate culture. Communities like LatinoLA offer platforms in which to share experiences related to ethnicity. Crosswalks can save your life. Los Angeles is notorious for bad drivers so it’s best to avoid people.

5.)  Things are expensive in Los Angeles. It’s a city with a higher cost of living, so be prepared. You may want to save up some money before the move to have a little cushion in your budget. There’s a lot of things to do in Los Angeles but most of them involve spending money. Save to avoid missing out.

6.)  Los Angeles has a lot of construction. This is awesome because the city is going through a complete revitalization and the sense of community is booming. The elevated property value, assortment of convenient and nearby entertainment, and promising business are quite worth a few mornings being woken up by a jackhammer.

7.)  Los Angeles is the city that will never turn you away. Los Angeles is not only a community that celebrates diversity in culture, but in lifestyle, appearance, sexual orientation, and religious background. It’s a city that urges you to not only be yourself but express yourself, which as a result is a beautiful quality about it.

Trade Show Shipping
Getting What You Want From A Corporate Relocation