MOVING IN TOGETHER: FOR RELATIONSHIPS

Moving in Together: Keeping Your Relationship Sturdy During the Move

1. Moving In Has Its Challenges But It Also Comes With Excitement

If you think you’re ready for this, you’re not. For couples, moving in together is work. It’s compromise; it's changing, constantly. It’s explorative and exciting and exhausting and strenuous all at the same. But boy, is it fun. When you’re ready, there’s nothing more thrilling than sharing not only your lives with each other but your home as well. 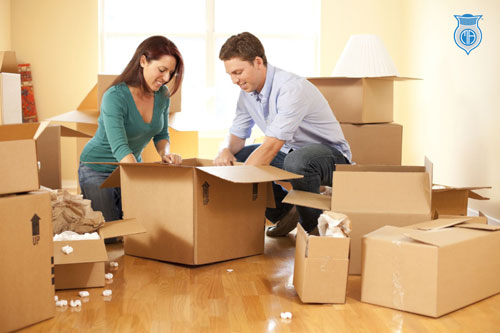 Moving in together is as close as you and significant other will come to marriage without actually tying the knot. Running a household is hard work, on top of the moving process, and if both parties aren’t happy, neither will be.

2. What to Expect The First Few Days

The first few days of the moving process will be stressful but sprinkled with wonderful moments of happiness and tenderness; this is a new chapter in your relationship, one you can’t wait to begin. Heck, the first few weeks will be heaven. You’re probably sleeping in the same bed regularly for the first time, getting up together every morning and falling asleep together every night. Your significant other is the first and last thing you see each day. It’s fun sorting the laundry together and making lunch and doing all the things you would normally do alone, with the person you love the most. But soon, all of that hype and excitement cools down and dwindles away until you’re back at your homeostatic state of normalness, and as is in our nature, human’s tend to take things for granted once they have become accustomed to them. Then comes the fights, the hurtful words, and the feeling of invisibleness.

3. Remaining Strong Throughout the Process

When moving in together for the first time, remember, each of your feelings is valid, and nothing is worth losing your head over. Find time for yourself; spending every second together is never a good idea. Preserve yourself and in that, you will preserve your relationship. Never put pride before the ability to make an apology. Mistakes can be fixed, but only if you make an effort, and your significant other is worth that effort. Split up any house work evenly between the two of you. Make cleaning or chores into a fun activity that you can do together, after all, what matters is that you are together, not what you’re doing.

Privacy is important, and just because you might be sharing a bathroom, doesn’t mean you have to lose it. Schedule designated bathroom times and keep a little mystery in the relationship. Take turns making meals or even make them together. When doing dishes, have someone scrub and the other day. Make a chore wheel and switch off who does what every week.

Pulling your weight goes a long way, and keeps the vibes and energy of the living quarters happy and positive. Never go to bed angry, and always let each other know how much you love and appreciate them. This is one of the most exciting parts of the relationship and can make or break you in the months to come. Remember, a little goes a long way, and it’s the little things that count.

Should I Hire A Moving Helper?

Things To Consider Before Getting Moving Help

Shipping Your Things For A Move

Use Of Freights For Moving

Quotes For Shipping Your Car

Guide To Shipping Your Car During A Move

Tips Before You Move

All You Need To Know And Do Before Your Move

When To Use a Safe Dolly

Relocation, or moving, is the process of vacating a fixed location, such as a residence or business, and settling in a different one. A move might be to a nearby location such as in the same neighborhood or a much farther location in a different city or even a different country. Moving usually includes packing up all belongings, transferring them to the new location, and unpacking them. It will also be necessary to update administrative information.&nbsp;This includes tasks such as notifying the post office, changing registration data, change of insurance, services etc. It is important to remember this step in the relocation process.&nbsp;

Tracing the origins of particular words can be quite different with so many words in the English Dictionary. Some say the word "truck" might have come from a back-formation of "truckle", meaning "small wheel" or "pulley". In turn, both sources emanate from the Greek trokhos (&tau;&rho;&omicron;&chi;ό&sigmaf;), meaning "wheel", from trekhein (&tau;&rho;έ&chi;&epsilon;&iota;&nu;, "to run").