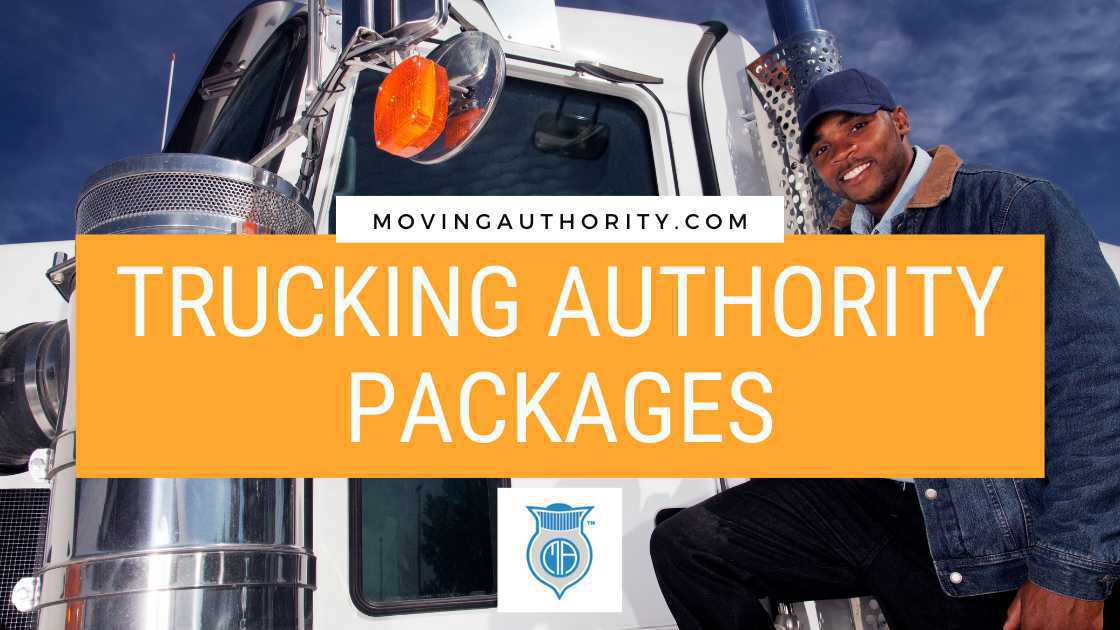 There's a specific FMCSA cost to secure each individual Operating Authority/trucking authority. It’s a one-time fee of $300. Keep in mind that separate filing fees must get submitted with your application. These separate fees refer to the fees for every Authority that you seek. Here is an example.

Say that you need a Household Goods Authority and Passenger Authority. Do not make those requests at different times. Request both authorities at the same time. Since there are two $300 fees, the total owed is $600.

It’s best to keep things simple by combining authority payments. Say that each authority has the same type or classification. (For example, common and contract carrier authorities for property.) This means that you’ll only have to pay one fee.

Keep in mind that each filing fee is not refundable. The FMCSA has a $14 charge for processes any name change. There is also an $80 fee for requesting the reinstatement of any authority. (Assuming an authority has gotten revoked.) The official FMCSA website provides more information related to Operating Authority fees.

Operating in independent trucking can carry quite a few costs. Plus, there’s also plenty of responsibilities and paperwork. A standard leasing service often takes care of those responsibilities. Let’s go over the major costs of securing trucking authority. Keep in mind that the costs are approximate and not definite.

Your trucking company might have to also pay state fuel and use taxes. It could also have to pay local costs, like parking rental fees. Once again, all the above figures are estimates. The cost of each estimate might change over time.

Commercial trucking insurance is not cheap. In fact, it accounts for the majority of increased carrier expenses. Owner Operator insurance can cost about $8,000 to $16,000 every year. But do not despair. Your premium will decrease over time.

That’s because the US government will start to recognize that your business is stable. Your premium refers to the federal mandate of minimum coverage. That figure is $750,000. Did you establish your trucking company as an LLC? If so, Owner Operator trucking insurance will give you an extra level of protection.

How Long Does It Take to Get Trucking Authority?

It takes around five to seven weeks to complete the trucking authority process. As mentioned above, there are a lot of upfront Operating Authority costs. Plus, you must deal with many US government regulations. But with patience and some saved money, anyone can start their own trucking company.

Is It Better to Have Your Own Authority in Trucking?

Do you want to make a good amount of money through Owner Operator trucking? If so, it’s best to have your own Operating Authority. Receiving Authority will help you earn $2 to $3 per mile. This can lead to big-time profits and ROI over time. Plus, you need an Operating Authority to hire your drivers. Otherwise, you can't build a multi-truck fleet/enterprise.

Can You Get Trucking Authority Without a Truck?

You can get the Motor Carrier Authority without having a truck. But here is what you do need: liability insurance. Almost all insurance companies will not insure carriers without applying coverage to trucks. You are welcome to apply for an MC number at any time.

How Do I Get My Own Authority?

Here is our organization’s patented plan to help our clients get their own authority. Follow this plan to become your own boss in a short amount of time.


1. Create your business entity. Do so with the help of an accountant. The accountant can provide crucial recommendations. He or she will discuss the best business type to use. Plus, an accountant can go over different tax scenarios.
2. Secure your USDOT number.
3. Secure your MC number.
4. Get commercial trucking insurance.
5. Designate a process agent.
6. Complete the UCR.
7. Perform truck signage.

Can I Sell My Trucking Authority?

No, as of right now, you cannot sell a Motor Carrier Authority. You also cannot sell truck tags or your ICC number. But you can file to seek a refund on the 2290. The buyer of the truck must tag it. That buyer has to also pay the 2010 2290 balance.

“This product has not reviews,

“This product has not reviews,