Why Should I Move to Oregon?

Reasons Why You Should Move to Oregon

Oregon is a diverse state with a booming social presence. Here are some things to consider when deciding whether or not you would like to call Oregon your new home.

By law, all beaches in Oregon are open access to everyone. A beach would be a perfect spot for hiking in Oregon. There are plenty of activities to experience outdoors while still managing the average cost of living in the state of Oregon.

Oregon is one of few states that does not have sales tax on items. The price displayed is what you pay. State revenue is mainly generated by income tax, and government establishments, such as schools, rely mainly on property taxes.

Oregon has banned self-service gas stations. Now, the only self-service fill ups allowed are for vehicles with two wheels or less. For standard automobiles, gas station attendants pump fuel for you. What a luxury!

Living in Oregon necessitates a very slow-paced lifestyle, especially when you live further from large cities. This may be good, as it allows for more time to make friends and tighten relationships. It has also been known as a great state to retire in as many of the residents are taking advantages of living in Oregon by retiring into what assisted living facilities Oregon's assisted living resources that they offer.

Oregon is one of the first states to establish scenic bike routes and bike-friendly business programs. Portland and Eugene, two of the state's most populated cities, are known as some of the countries most bike-friendly cities.There are motorcycle events Oregon has to offer as it is very motorcycle friendly.

Oregon is known for cloudy days. This could possibly depress you if you are moving from a sunnier state, such as California. However, if you're sick of the heat you're most likely wondering why should I move to Oregon? Coming from someone who lived in a similar climate (San Francisco), the weather was always a bonus because the temperature was never too hot or freezing.

You may have heard the rumor that real Oregon residents don’t use umbrellas on rainy days. This rumor spread from a saying that ducks don’t like rain. This is in reference to the duck mascot from the University of Oregon. Many people use hoods in lieu of an umbrella, but don’t worry. You most likely won’t be arrested for using an umbrella. 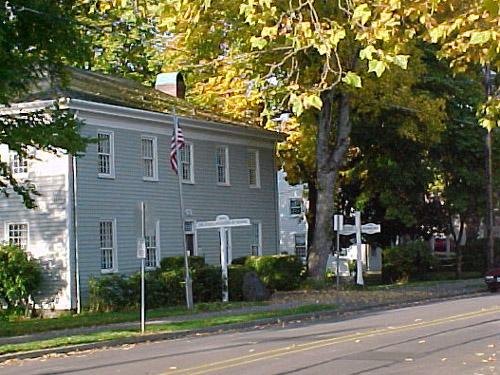 Overall, Oregon is a beautiful and unique place to live, with a rich culture and welcoming atmosphere. Consider your move today!

I was wondering if you guys could recommend specific things that need to be done when going over to colder climates, I am moving to Oregon from a very warm place and I have a lot of cosmetics, I was wondering what should be done about this.

Hi Gigi. If you are moving household goods or cosmetics into a house you will probably be fine. Remember Oregon sells cosmetics too, so they should be fine all over the USA. If you are moving them into a storage unit the temperature may be more extreme and affect the cosmetics. In the winter months, you will need warmer clothing and with Oregon you will definetly need an umbrella. We hope you have a wonderful change of pace when you move to Oregon, it is a wonderful place with lots of natural beauty. Let us know if you have any more questions.