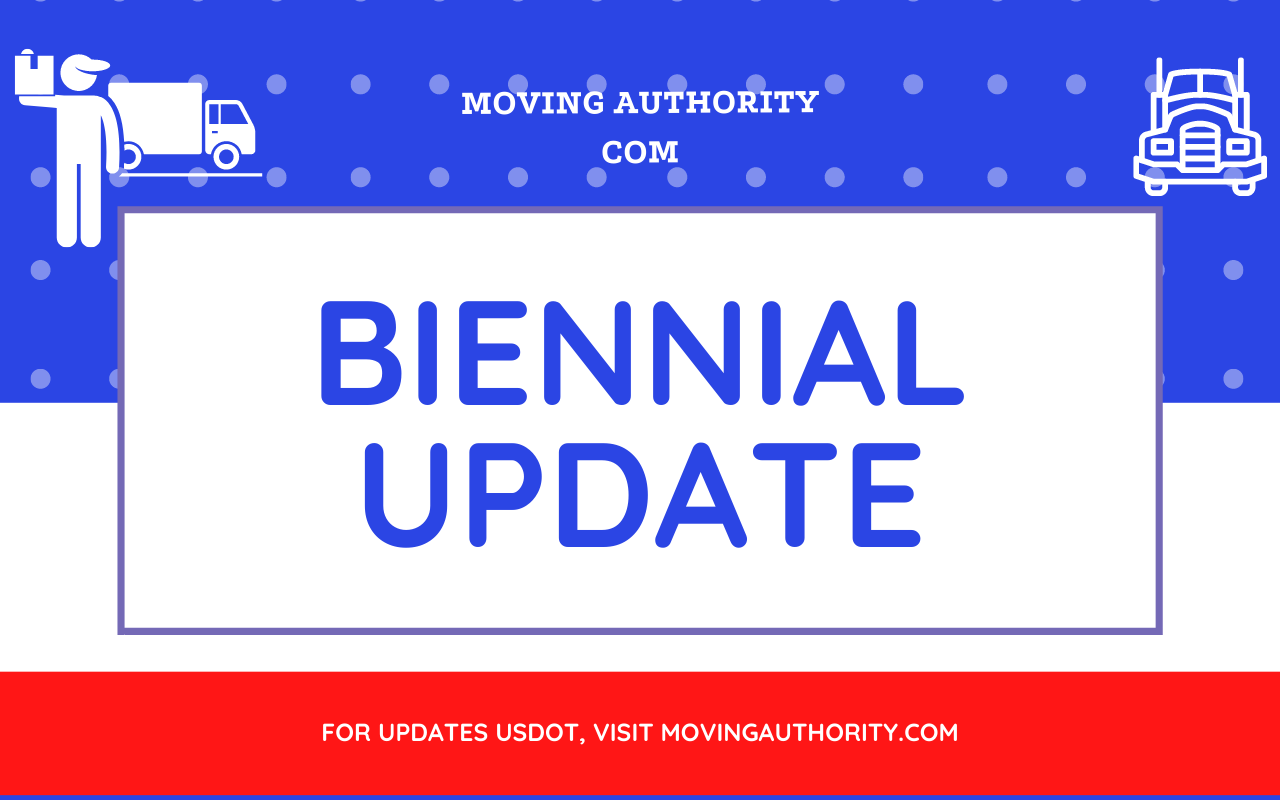 USDOT Biennial Updates are more than important. They are also a legal requirement. The FMCSA stipulates that companies must update their USDOT information every two years. Otherwise, companies can get fined or lose authority to operate. Are you ready to learn how to conduct USDOT Biennial Updates? Let’s get started.

The FMCSA has certain USDOT Biennial Updates rules and regulations in place. Here’s the main rule. Every company has to update its information after two years. It doesn’t matter if your company’s information has not changed at all. You still need to provide the FMCSA with a two-year update. In fact, an update must happen even if your company has ceased interstate operations. A company that has gone out of business must also provide a USDOT Biennial Update. Failing to provide a Biennial Update can have severe consequences. For example, your USDOT number will become deactivated very fast. Plus, you can face civil penalties. The penalties can cost up to $1,000.00 each day. But the total amount should not go over $10,000.00.

How Do You Take Care of USDOT Biennial Updates?

There are some solid options for completing USDOT Biennial Updates. Companies can use the FMCSA website, physical mail, fax, and email. Online Biennial Updates are easy as long as the USDOT Number is active. Online registration takes place on the official FMCSA website. This type of update gets processed on an immediate basis. Mail, email, and fax updates can take up to three to four weeks to get processed. Biennial Updates through email need an MCS-150 document to get signed. Once the document gets signed, you can upload it into an email. Next, you’ll receive a tracking number for your Biennial Update. You should also complete an MCS-150 form if you want to mail your update. The form has to get printed and completed. Next you can mail it to the official FMCSA Biennial Update mailing address.

The process for faxing USDOT Biennial Updates is very simple. There are two number-options for sending out your fax. You can send it to 606-330-3802 and 202-366-3477. Do you need to have an MCS-150 form mailed to you? If so, all you need to do is call 800-832-5660. Once you have the form, you can mail it to the address listed on the form. Keep in mind that you cannot conduct USDOT Biennial Updates over the phone. All Biennial Update processes need signed forms put in place.

-USDOT numbers ending in 1 must file by the final day of January.

-USDOT numbers ending in 2 must file by the final day of February.

-USDOT numbers ending in 3 must file by the final day of March.

-USDOT numbers ending in 4 must file by the final day of April.

-USDOT numbers ending in 5 must file by the final day of May.

-USDOT numbers ending in 6 must file by the final day of June.

-USDOT numbers ending in 7 must file by the final day of July.

-USDOT numbers ending in 8 must file by the final day of August.

-USDOT numbers ending in 9 must file by the final day of September.

-USDOT numbers ending in 0 must file by the final day of October.

Do you want to complete a USDOT Biennial Update online? If so, there are four things that you will need. 1. You will need your complete USDOT number. 2. You will need an assigned PIN. 3. You will need your SSN/EIN. 4. You will need official information about your company. If you need a PIN, you can request the FMCSA to email or mail it to you. Some people cannot complete their updates online due to not having USDOT PIN numbers. Do not panic if this happens to you. It is very common to have to request a USDOT PIN from the FMCSA.

The product is very useful. Would like to know more.

The product is very useful. Would like to know more.