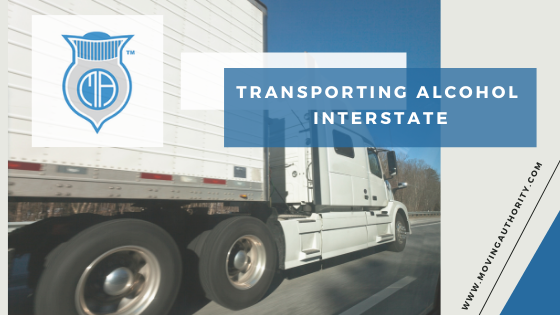 1. What Happens If I'm Caught With Alchohol Over State Lines?

The first question that comes to mind is whether or not you can go to jail if you're caught traveling interstate with alcohol. While it's likely you won't be arrested, some states still take this seriously enough to actually do it. When you transport liquor while driving interstate, or crossing state lines, is when it becomes tricky with the law. It's important to check up with regulations before crossing state lines with something as simply as a beer.

The Federal government doesn't seem to have a problem with anyone driving alcoholic substances in any of the states. If you're remaining within the state with alchohol, or simply transporting alcohol intrastate (locally, within state lines) is different. Although when examining the regulations based on crossing specific states lines, or traveling interstate, some states are very peculiar about limitations when it comes to alchohol transportation. Certain states have their own laws about bringing or transporting alcohol into their state.

3. Some States Are Very Rigid About Alcohol

While most states aren't as strict about entering or leaving with alchohol while crossing their state lines. Although we haven't researched or looked into every state's laws or regulations regarding interstate transportation. This applies to heavy-duty or commercial trucks and even every day vehicles too! For example, Pennsylavnnia's state laws are especially stringent when it comes to bringing alcohol into their state, not even allowing anyone to bring alcohol in at all. This is just one example of how strict laws can be about alchohol.

4. Do Some Research Before Crossing State Lines With Alchohol

You can always find out for yourself about crossing state lines with alchohol simply by looking up a state's statutes. Statutes are resources to help you understand limitations or laws of that state. Before you find yourself in trouble with state laws, use these resources to inform you of any strict or illegal laws relating to achohol. Being informed can save you from running into trouble with any states you may be passing through if you're moving from state to state.


Now that you've done some informative research, there are a few other things to keep in mind as well when transporting alchohol.

Even though it may be completely legal for you to cross state lines or simply drive with alchohol in the vehicle, it's really best to keep it hidden from plain site during your drive. Here are a few things you should consider before driving with your alchohol in the wide open:

6. Is Shipping My Alcohol An Option?

Unless you are a licensed distributer, you cannot personally ship alcohol through the US Post Office, UPS, or FedEx. Even if you're licensed this can be difficult. Although they really can't tell for sure if you're shipping or your package contains alchohol, if discovered it would be confiscated. Even worse there could be penalties depending on the offense. Many people like to main the small specialty liquors to someone far away because they don't carry it in that state or beers for example because some are special to certain state brewaries. Many Interstate moving companies won't even transport alcohol due to so many complications.

7. Never Ship Alchohol, It is Illegal!

Regardless, this is illegal and if caught your package will be gotten rid of and even worse are fines that could follow based on state regulations. It's not recommended and illegal to try and mail alchoholic substances state to state via postal mail/FedEx/or UPS. It is always better to be safe than sorry, especially when it comes to the law.