If you’re feeling sorry for yourself or you’re feeling down, stop and take a step back. No matter what the reason is that you’re moving, understand that in life there is always change and change is always good. If everything were always the same, it would definitely be a boring life. In the beginning, I told you to take a step back and regain your power and strength because now you’re going to have to make some important decisions.

2. Indicate Everything that You're Moving to the Moving Company

The clearer the picture is, the less the price could possibly change. You’re a smart person, otherwise, you wouldn’t be on this website! So spend an extra fifteen minutes and use our moving calculator to properly calculate your inventory. The picture inventory will allow you to add the items that you want to move and then show you exactly what the cost is.

Packing your own goods will obviously keep costs down. Make sure that you separate your important documents, jewelry, and medication to travel with you at all times. Losing this during the move will stress anyone out. Gather that stuff before the move and put it in a safe place.

A lot of people ask me, "isn’t it cheaper to move than to have somebody else like a moving company move you?" I always encourage people to hire movers if they have the finances to do so. It’s a simple fact which allows you to concentrate on what you want to spend most of your attention on. Your time is valuable. You have important things to do, important friends to meet, and important engagements to attend!

If you move  (even if I move) there will be some fatigue involved and when you equal out all of the expenses, they're going to be pretty close to or the same as if you hired a moving company in the first place. Things to take into consideration are:

All of these things put you at liability.

If your friends, colleagues, associates, or hired labor get injured it’s all on you. So now you’ve just turned what you thought was cheap into lawyer fees, medical bills, money for a person(s) not being able to work, and so on. Moving isn’t easy and it can be technical at times. 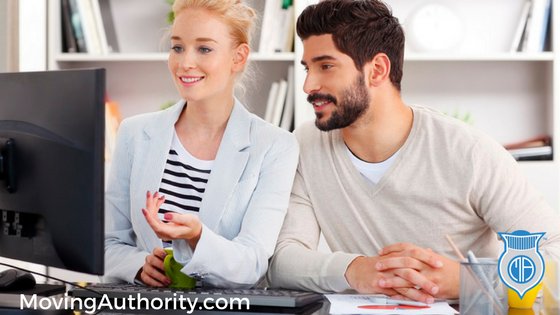 5. Other Considerations and Costs

Some other things that you may want to take into consideration - will you need a place to stay in a hotel? What is the cost of fuel if you’re going long distance? Do you need a strong person to be able to manage a large truck driving a long distance? Driving a large truck can be tiring and this is why a medical card is required by the movers that drive their vehicles to prove that they are physically fit enough to perform their driving duties. How will that person return from the move? Will you have to pay for them to fly back? You must also consider the rental truck costs, the insurance costs, and find out if the building allows you to move in without the correct building insurance - which moving companies hold.

AMSA wanted to help consumers avoid untrustworthy or illegitimate movers. In January 2008, AMSA created the ProMover certification program for its members. As a member, you must have federal interstate operating authority. Members are also required to pass an annual criminal back check, be licensed by the FMCSA, and agree to abide by ethical standards. This would include honesty in advertising and in business transaction with customers. Each must also sign a contract committing to adhere to applicable Surface Transportation Board and FMCSA regulations. AMSA also takes into consideration and examines ownership. They are very strict, registration with state corporation commissions. This means that the mover must maintain at least a satisfactory rating with the Better Business Bureau (BBB). As one can imagine, those that pass are authorized to display the ProMove logo on the websites and in marketing materials. However, those that fail will be expelled from the program (and AMSA) if they cannot correct discrepancies during probation.

The term 'trailer' is commonly used interchangeably with that of a travel trailer or mobile home. There are varieties of trailers and manufactures housing designed for human habitation. Such origins can be found historically with utility trailers built in a similar fashion to horse-drawn wagons. A trailer park is an area where mobile homes are designated for people to live in.
In the United States, trailers ranging in size from single-axle dollies to 6-axle, 13 ft 6 in (4,115 mm) high, 53 ft (16,154 mm) in long semi-trailers is common. Although, when towed as part of a tractor-trailer or "18-wheeler", carries a large percentage of the freight. Specifically, the freight that travels over land in North America.