ECO-FRIENDLY TIPS FOR MOVING TO COLORADO

Why Wouldn't You Want To Move To Colorado?


1. Colorado is the Epitome of Being Eco-Friendly

Colorado is a beautiful, vibrant landscape with gorgeous, snow-covered mountains, fields of colorful flora, and forests rich with trees and thick green foliage. In fact, the state is everything we think about when we think about being eco-friendly, so it only makes sense that moving to Colorado might be on the list of things to do for those who love the stunning beauty of nature.

2. How To Be Eco-Friendly to Colorado

One of the things you can do to have an eco-friendly move to Colorado, though it may not seem like a big deal, is to hire a moving company to move your belongings from your current location to your new home in Colorado. Doing it yourself may require several vehicles, which means using more fuel and putting more pollutants in the air. A moving company uses one large vehicle, making it more eco-friendly in the long run. Along these same lines, if you have several vehicles, tow as many of them as possible, which saves on fuel and puts fewer pollutants in the air as well. 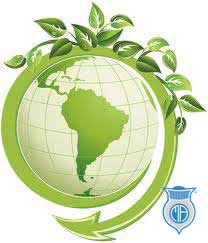 When choosing a moving company, find one that practices eco-friendly work habits. This is a good way to support those companies who look out for the environment. How you pack your household items is another way you can make your move to Colorado more eco-friendly. Use only boxes that have been recycled and be sure to save them for recycling when you are finished with your move.

Any eco-friendly tips for moving to Colorado, or any other state for that matter, should encourage the use of materials on the move that can be recycled after the move. What about junk mail? This is one of the biggest wastes of paper in our society. You can cut down on the amount of junk mail you get at your new place by visiting the post office and setting up a temporary change of address rather than a permanent one. Many companies don’t mail junk to a temporary address. Wait until you’ve settled into your new place to make the change of address permanent.

Another winner for eco-friendly tips for moving to Colorado includes cutting down on the items you take with you.

You can replace those when you reach your destination. Also, if you don’t think you will need something at your new place, find a way to recycle it or dispose of it properly before you make the move, not after.

Most of us are concerned about the environment, and we should be. This is our planet and we need to be in the eco-friendly mindset if we want to take care of it. There are little ways we can do this every day of our lives, and even in those big events we often take part in, such as moving from one state to the next. You might believe we have little control over the environment when we make a move, but with some careful thought and a few eco-friendly tips for moving, you can have more control than you might imagine.