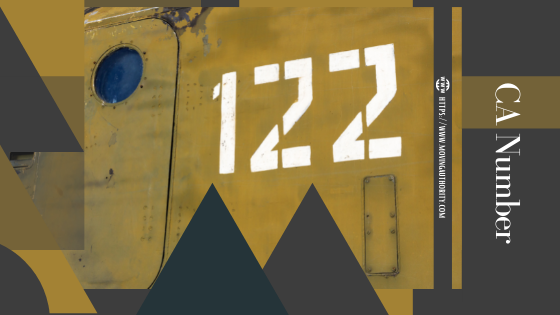 Are you in need of CA Number display requirements? If so, you're in the right spot. Our organization specializes in assisting all commercial carriers across California. The mission of our team is to ensure carriers maintain great government standing. Doing so will prevent the government from executing fines and penalties.

Official CAlifornia Number Display Requirements, According to the DOT

How Your CA Number Display Should Appear

Here is how to display your CA Number truck decals. They must appear on lower areas of a truck’s cab doors. Each carrier should use high contrast lettering. This is so the numbers will have legibility from 50 ft away. Make sure that your bold lettering is at least two inches in length. This will make it easy for people to read. Here are the four recommended fonts to consider.

The name should appear on the upper or mid door area. This name should also feature a font that is legible. People have to read the name from at least 50 feet away. You are welcome to include your logo on the door of the vehicles. Say that your vehicle is white or light-colored. This means that you should apply black or dark-colored number decals to the truck. Say that your vehicle is dark-colored.

This means that you should apply white or light-colored number decals to the truck. Feel free to contact our organization about ordering custom truck lettering packages. The packages will help ensure people can see your CA Number. We’ll help you select the right color and font that correlates to your trucks. Also- do you need USDOT number decals? If so, our team can make them and place them on a single sheet.

California commercial motor vehicles must have a California Motor Vehicle Permit. This applies to all commercial vehicles with a GVW greater than 10,000 pounds. Drivers have to display each CA Number on their vehicles using permanent lettering. Also, the official company name must get featured in one of the following two places.


That name must get applied in a permanent fashion. An official company name refers to the name listed in a vehicle’s registration documents.

The DMV’s Motor Carrier Services Branch provides motor carrier permit documents. This permit is evidence of DMV Carrier Identification number (CA#) registration. This is a rule put in place by CVC Section 34620. Each permit is proof that motor carriers met every statutory requirement. These requirements refer to the commercial operation of motor vehicles across California highways. A Trucking authority permit features specific information related to every motor carrier. Here are the five most important factors within that information.

What Is a CA Number On Trucks?

The California government demands that all commercial vehicles must have a CA Number. This applies as long as the GVW exceeds 10,000 pounds. The official name of the number is the California Motor Vehicle Permit Number. The CA Number must get displayed on vehicles using permanent lettering. Each commercial carrier must also display an official company name. That name goes on the box of a truck or the door of a truck.

How Can I Get a CA Number?

You have to secure a CA Number through the CHP: California Highway Patrol. The DMV website contains CA Number instructions. It also provides a link to the official CHP form. The California Dept. of Motor Vehicles (DMV) lists every active CA Number. It connects the numbers to active motor carriers in the state of California.

Do You Have to Display Your MC Number?

The US government has put new marking rules in place over the last few years. The rules state that for-hire carriers no longer have to display Motor Carrier (MC) numbers. This refers to for-hire carriers that get regulated at the federal level. Instead, the carriers have to display their USDOT Numbers for identification. Carriers do not need to remove their MC Number displays. But the government encourages them to not showcase them any longer. This applies to all repainted and new CMVs.

Who Needs an MCP in California?

MCP stands for Motor Carriers of Property. The CA DMV issues MCPs to carriers so that they have operating authority. That operating authority extends to all California highways. An MCP applies to any motor truck that has more than two axles. Also, the GVWR must exceed 10,001 pounds. (GVWR stands for gross vehicle weight rating.) Other motor vehicles that transport property in exchange for money should get an MCP.

The rise of technological development gave rise to the modern trucking industry. There a few factors supporting this spike in the industry such as the advent of the gas-powered internal combustion engine. Improvement in transmissions is yet another source, just like the move away from chain drives to gear drives. And of course the development of the tractor/semi-trailer combination.   The first state weight limits for trucks were determined and put in place in 1913. Only four states limited truck weights, from a low of 18,000 pounds (8,200 kg) in Maine to a high of 28,000 pounds (13,000 kg) in Massachusetts. The intention of these laws was to protect the earth and gravel-surfaced roads. In this case, particular damages due to the iron and solid rubber wheels of early trucks. By 1914 there were almost 100,000 trucks on America's roads. As a result of solid tires, poor rural roads, and a maximum speed of 15 miles per hour (24km/h) continued to limit the use of these trucks to mostly urban areas.