Avoid Hidden Fees in Your Next Rental Home 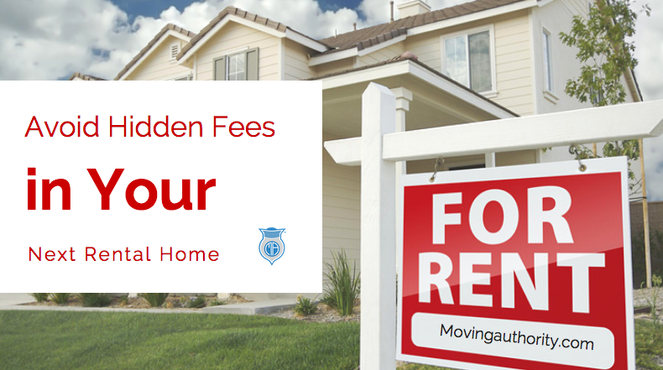 1. What Kind of Charges are There?

Unfortunately, moving to a new home is seldom a cheap process these days. If you are desperate to save a few dollars on your next move to a new home, then you should take some precautionary measures when signing off your rental. If you are struck with the feeling that the rental terms are too good to be true, you may just be right. There could be hidden fees that give the appearance that the overall cost of your rental is a steal. In order of how common they are, here are Moving Authority’s list of the additional fees that are commonly tacked on to rental paperwork. This can be intimidating if this is your first time moving from home, but you will be fine as long as you're informed. Sometimes, all you need to avoid these fees is some negotiation skills.

If there are certain aspects of your lease that don’t make sense to you, or if there are any fees that require more explanation for you to understand. If you agree to pay additional fees on top of what you are already paying for rent, then be sure to clarify whether these are one-time fees, or if they are recurring charges. Be sure to have your landlord clarify this in the lease as well. Do not sign your lease until you are sure that everything is correct. Treat your lease agreement just as you would treat your agreement with a moving company, don't let landlords ding you with fees that do not make sense.